Lance Berkman is a good man. Jon Heyman is a squirrel. 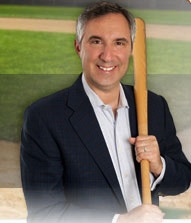