It's official. Bobby Valentine is a squirrel 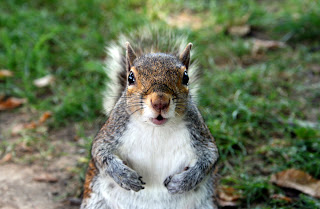 Take a good look.  It's a picture of Boston Red Sox manager Bobby Valentine.
When I started this blog back in March of 2012 my first post was about Mr. Valentine.

They say Bobby Valentine is a "love him" or "hate him" type of guy.  I don't know enough about the guy to register a strong emotion about him.  But he seems like a squirrel.

It's no longer up for debate.  Bobby Valentine is a squirrel.

Mr. Valentine made it official when he trashed Kevin Youkilis in the press and questioned his physical and emotional involvement so far this year.  Only a squirrel would trash one of his players in the press.

Thanks to Moneyball, Mr. Youkilis is known as the Greek God of Walks.  I've always thought, as nicknames go, it sounds too gay, especially if it's a guy giving you the nickname.  Anyway, Mr. Youkilis is a gritty player and I've never suspected a lack of desire in his play, but I'm not the manager.

If I was the manager and Mr. Youkilis lacked focus, I would talk with him and try to figure out what was going on.  If he told me "to go F myself", I still wouldn't have gone to the press. 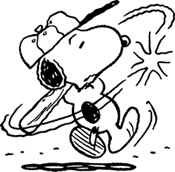