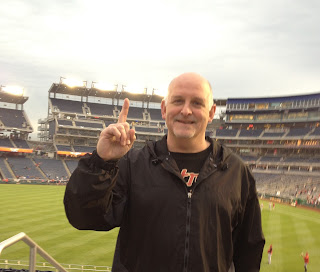 Pat Shannon, pictured yesterday at Nationals Park, attending a game between the Astros and the Washington Nationals.  The number 1 has nothing to do with the game, it has to do with Pat Shannon being the first Shannon to see a game at Nationals Park.  A very juvenile thing for a grown man to do.
I’m a grown man and that pictured bugged me.  It makes me smile, but I feel my ears getting warm from being burned.
Why is it so important to be the first one in?  It just is. Me and my brothers have been doing this forever.  It’s evolved over the years.
When it started we had to use pay phones inside the stadium to bust each others balls, then cell phones, now cell phone pictures.
The best is when we go together to a new stadium. If my brother Charlie got in first, he would do a big victory dance on the other side of the turnstile.  When we went to County Stadium in Milwaukee, I pushed Pat right before we got to the gate so I could be the first one in.  He was mad for the first 3 innings. 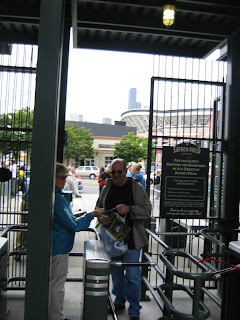 Here’s Pat becoming the 2nd Shannon ever inside SafeCo Field in Seattle.    Luckily I was already inside the stadium to capture this historic moment.
The best new stadium coup was pulled off by my sister, Cyntiha.   She sent this postcard to everyone of us. 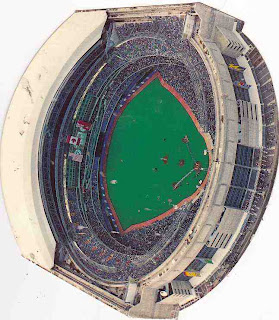 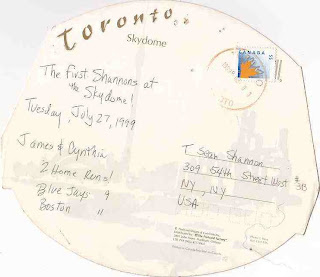 Man, I didn't even know she was playing.


True Fun Facts about today's Super Fan
-Pat got a baseball that Willie Mays threw into the stands at the Astrodome.
-Pat attended the Mike Scott no-hitter and watched the first 6 innings before he was arrested for Public Intoxication.
- Pat once took out a dip and bounced it off Tommy Lasorda’s uniform.
-Pat was thrown out of a wrestling match for spitting on King Kong Bundy, he snuck back in and did something else and was thrown out again.
Posted by T. Sean Shannon at 4:23 PM