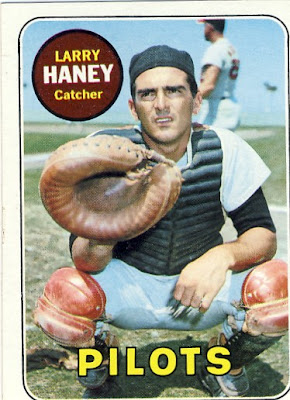 They reused his picture from his 1968 card but accidentally flipped the negative, which left them with a mirror image and a left-handed Larry. 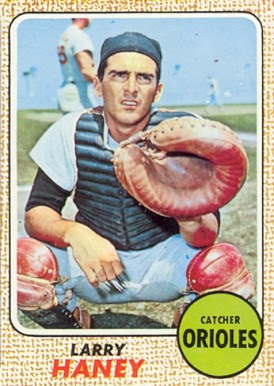 
Okay, back to my man Larry Haney.  Lets take a look at a couple of his other cards. 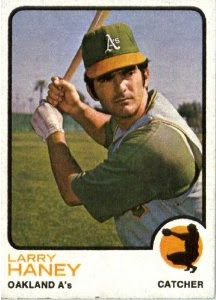 This is from 1973 we see Larry wearing a doctor's rubber glove as a batting glove.

Then he grew a moustache and was looking smooth in his 1977 card... 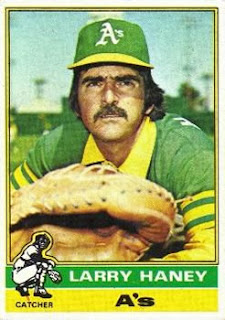 But my favorite card of Larry Haney comes from 1975 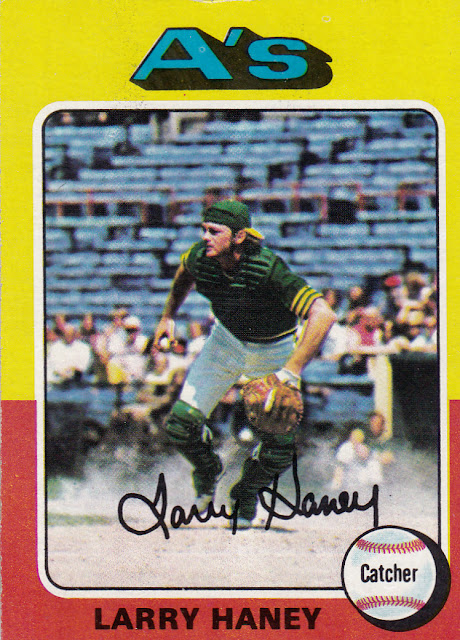 It's a cool action shot, Larry's got the ball in his hand, there's dust in the air, Larry looks like he's going to gun down a guy running to third.  It's a great photo.  One little problem, that's not Larry Haney.  It's Dave Duncan.

First they make Larry Haney left handed, then the coolest card they give him, Larry Haney's not in it.

Here's Dave Duncan's other card from that year. 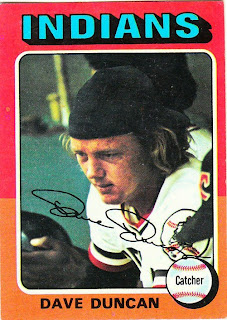 So this Memorial Day, when you're at a party and someone asks you "Name an obscure player who's had a Hall of Fame career when it comes to his baseball cards?"  You can say "Larry Haney."
You do that, I'm pretty sure you're going to get laid.