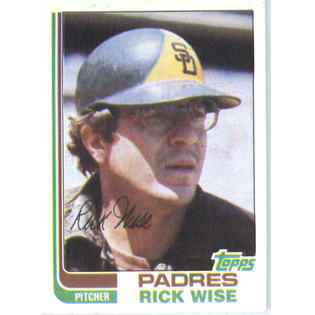 Very boring design on cards this year but I love this card because even though he's a pitcher it shows my man Rick Wise wearing a batting helmet.  Rick Wise always prided himself on his hitting and was no fan of the DH rule.


"The designated hitter rule is like letting someone else take Wilt Chamberlain's free throws." - Rick Wise

His nickname is the Owl 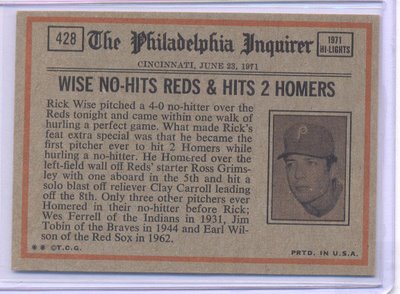 I know a guy who worked with Rick Wise when he was a pitching coach in the minors.  Anytime he would see Rick at a bar, Mr. Wise would say "Are you standing around or buying a round?"


Have a good weekend and count your blessings.