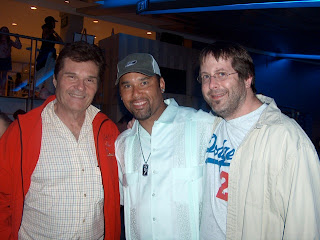 Lima Time!
It’s the 2-year anniversary of the passing of pitcher Jose Lima.  He had some amazing years with the Astros, but whenever Jose was on the field, he made the game more enjoyable for the fans in attendance.
Jose Lima pitched for six teams from 1994-2006, ’99 being his best year, when he pitched a scoreless inning in the All-Star game and won 21 games for the Houston Astros.   That’s the year, he became a favorite on Jim Rome’s radio show and he started calling him “Cy Lima”, because Mr. Rome thought he’d win the Cy Young award.
In 2004, when he was playing for the Dodgers, Kitty and I were lucky enough to become friends with Jose, his wife Melissa and son Jose Jr.
Jose was a walking good time.  A funny, warm, generous man who made all those around him feel good.   He would talk baseball with me for hours.
When I would bring up a name, Lima would usually say “that’s my poppi, I love that guy” but when I mentioned Astros bullpen catcher Stretch Suba, he goes, “That M F-er.  He complained to management that I threw too many balls to fans.  So I went and bought 12 cases of balls and stacked them in his office.  There’s your balls M F-er.”
That night before Jose was pitching against the Astros, he told me he’d give me the game ball if I rooted for him.  I always root for my friends over my team, but it meant a lot to me for him to ask.
After the game, Jose came by my house and recapped the game in song.

I miss Jose, but I am grateful for getting to know him and I know the world is a much better place because Jose Lima was here.  Believe it!!! 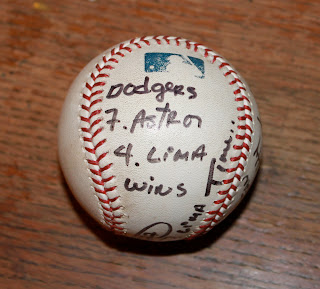 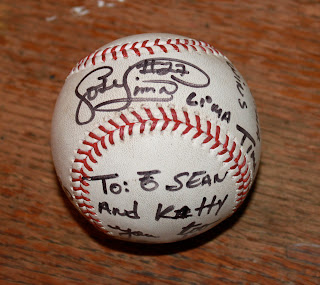