No Hitter - 6 pitchers combine to throw a no no 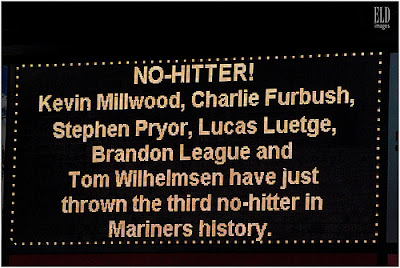 Friday night June 8th, six Seattle Mariners pitchers combined to no hit the Dodgers.   Kevin Millwood was warming up in the 7th and pulled a muscle and had to come out the game and the bullpen did the rest.    This is only the second time six pitchers have combined for a no hitter.  When was the other time? 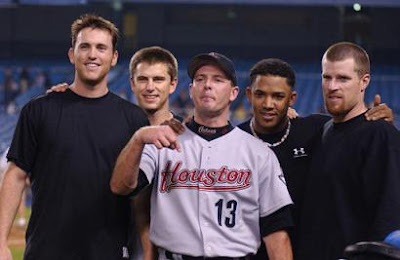 It was a June night, deep in enemy territory, out gunned and out manned, when a group of 6 ragtag Astros pitchers, with nothing but grit and their mitts, went out and no hit the almighty New York Yankees and I was there.   And I don't want to get all Dock Ellis on you, but I was on acid.

In 2003 when the Astros played for the first time in Fenway and Yankee Stadium I had to be there.  I was working at SNL and lucky enough to use their season tickets right behind home plate.  I gave them to my brothers and nephew, who's a big Yankee fan, then my buddy Dogman and I scalped tickets for the upper deck. 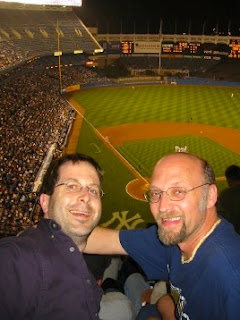 ( T. Sean and Dogman, I realize
he has his arm around me but we're just friends)

Now, I've only done acid 3 times in my life.  The first time was in college, it was a requirement for my major, and the second time I did acid, was right before entering the stadium that night.

The game was started by Roy Oswalt, who came out after 2 innings because of injury.  The 'stros brought in Pete Munro and Kirk Saarloos, who pitched innings 3-6.  It was sloppy, the Yankees loaded the bases in the 3rd, so I didn't even realize it was a no hitter.  I did notice how green the field was.  It was really green.

In the seventh inning we noticed it was a no hitter.  Dogman told me we had to do another hit or we would jinx the no hitter.  I was in no condition to be responsible for blowing a no hitter, so being a team player, I took acid for the third time in my life.

Lidge, Dotell and Wagner had an easy time in the 7th, 8th, and 9th, thanks to dominating pitching and good vibes coming from the upper deck.

After the game I went down and met my brothers at their seats. 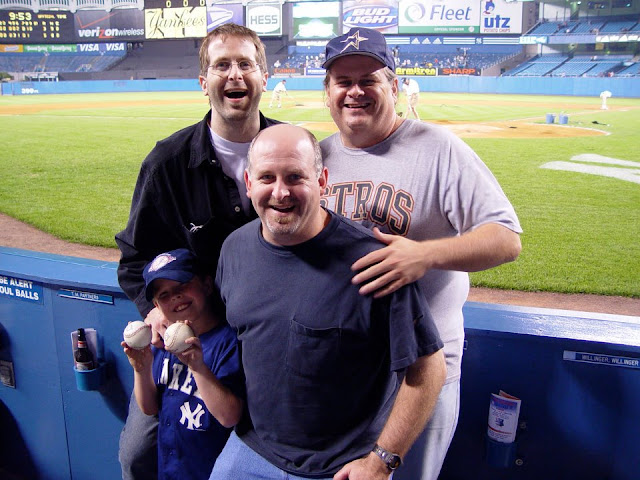 Everybody is happy.  My nephew got 2 balls, Pat's drunk, I'm feeling no pain and Charlie is sober and knows exactly what is going on.

After the game, we went to a bar and I called information in San Francisco looking for Dock Ellis' phone number because I knew he would want to hear about it.  Luckily, he wasn't listed.  It was still an amazing night.