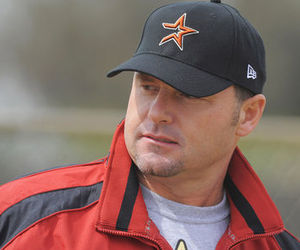 Roger Clemens when he was an Astros.

The Rocket is getting inducted into the Baseball hall of fame.  When?  Now that's a good question.

The Baseball Hall of Fame vote each year is as valid as the Oscars.

He can't go in on the first ballot because Mr. Clemens must be shamed by the baseball writers association of America.    Yep.  That's for sure.

Plus, most people aren't worthy to go in on the first vote either.  Sure they belong in the hall of fame, but not on the first ballot.  You're one of the greatest the game has ever seen but not so great that you shouldn't have to wait.  What?

The Baseball Writer Association of America is the dumb giant bouncer that stands outside the door of Cooperstown.

Just like anything, once you form a cool club, you know a bunch of turds are going to show up and ruin it.    The baseball hall selection committee is a joke.

The voters must protect baseball's illustrious past.

The voters must stand up and make a statement for the good of baseball.  If this statement coincides with a grudge they have against a player, that's just a happy, yearly coincidence. But the almighty baseball committee must preserve baseball honor and remember the good old days, when baseball was wholesome and then they finally decided to let colored people play.  We must never forget back when players made very little money and were treated like property and they knew their place and didn't complain.  The great noble history of baseball must be maintained.

Sadly in the 90's this great American institution was hoodwinked by a group of bad apples who took performance enhancing substances.  Poor Baseball never could believe players would do such a thing, so the great powers of Baseball investigated whether the balls were juiced. 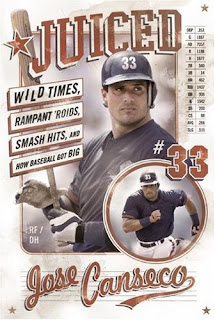 It wasn't until Jose Conseco's novel did they realize what was going on.  They just though Brady Anderson hitting more home runs in a season than Hank Aaron ever did was normal. 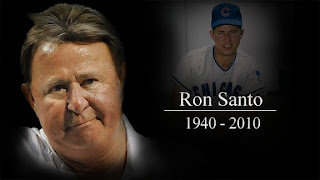 I applaud you, great keeper of the gates on the whole Ron Santo situation.  Letting him dangle, then waiting till he dies to let him in.  Well played.  Good news, Buck O'Neal died, so it's cool to let him in for being possibly the greatest ambassadors for baseball of all time. 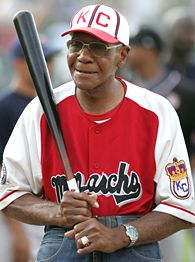 Back to my Question: Is Roger Clemens going to be inducted into Cooperstown?

Yes, Roger Clemens is going into the hall of fame.  I hope he doesn't have to die to do it.  He was a dominating pitcher without steroids and then when people started doing them, he was still dominating.  But I know you have to make a statement.

Here's my statement.  You don't vote for Roger Clemens you're a squirrel.  Case closed.
Also, you've waited long enough, you can let Jack Morris in now.