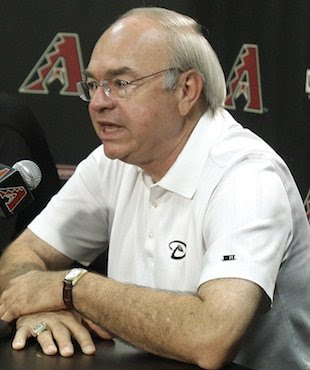 Ken Kendrick, the managing partner, which is the person who helps oversee the club for the owners, went on the radio yesterday and expressed his disappointment in Arizona's 27 - 30 record.  He mentioned Stephen Drew and Justin Upton.

I always confuse Justin with his brother B.J. Upton.  Which one is a talented but moody and surly?

Anyway, Ken Kendrick,  basically said Upton wasn't putting up the numbers he did last year and that's disappointing.  It was no big deal, just the media trying to fill up the 24 hour news cycle and stir up trouble with a player known to have a short fuse.

On the other hand, what Mr. Kendricks said about Stephen Drew I found interesting.

On Drew: “I’m going to be real direct about Stephen. I think Stephen should have been out there playing before now, frankly. I, for one, am disappointed. I’m going to be real candid and say Stephen and his representatives are more focused on where Stephen is going to be a year from now than on going out and supporting the team that’s paying his salary.”
What can you do?: “All you can do is hope that the player is treating the situation with integrity. Frankly, we have our concerns.”
Have you talked to Drew?: “I have not, really, I don’t think it’s my place to do so, but others have.”
How did Drew respond?: “I think he (long pause) was not very direct. He needs more time to get ready. I’m speaking from his perspective.”

Wow!  How cool is that.  Mr. Kendricks even used mean old man phrases like "I'm going to be real direct", "Frankly I, for one," and "treating the situation with integrity". 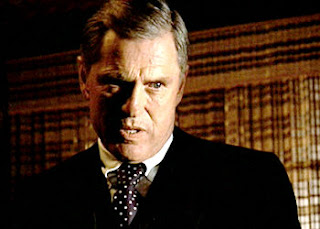 I like this guy Kendricks.  Obvious a guy who has had the Puritan work ethic instilled in him as a youth.  And since it's his money he should be able to say what he wants.

Mr. Drew is represented by Scott Boras who prides himself in making teams overpay for players and I'm sure Mr. Kendricks feels like Senator Geary towards Scott Boras.

"I don't like your kind of people...  try to pass yourself off as decent Americans."


Scott Boras pulled a quick one on the Phillies in '94 when they drafted J.D. Drew 2nd overall and then refused to sign a contract for less than 10 million guarantee, and chose rather to sit out the year.  Now that I think about it, Stephen and J.D. are brothers.

So what makes Kendricks suspect Stephen Drew and Scott Boras are more worried about Mr. Drew's next paycheck and not earning the $7,750,000 that the Diamondbacks are obligated to pay Mr. Drew whether he plays or not?

If Stephen Drew isn't treating "the situation with integrity", he better pray Arizona's manager Kirk Gibson doesn't find out he's goldbricking,  If that happens, Mr. Drew is going to catch a beating.

God Bless Mr. Kendricks for trying to get the most for his dollar.