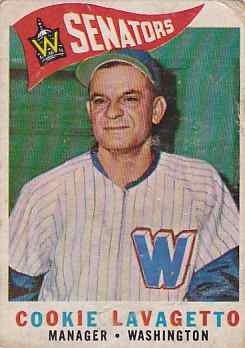 A grown man named Cookie.  No, I'm not talking about the guy who ran the chuck wagon in the John Wayne film The Cowboys.  That was Roscoe Lee Brown and his character was named Mr. Nightlinger. 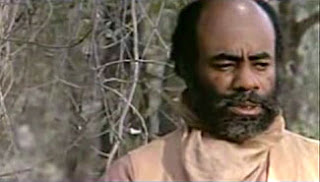 I'm talking about Cookie Lavagetto the manager of the Washington Senators.  I just got 50 cards from 1960 and Cookie was my favorite card.   Don't know that much about him, so I looked on the back and this is what I found out. 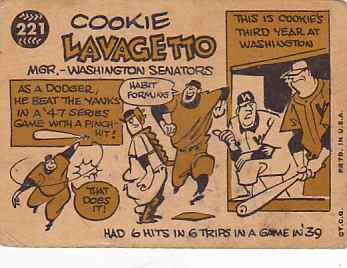 1960 was the last year the Washington Senators before moving to the team to Minnesota and becoming the Twins.

In 1947 World Series Mr. Lavagetto got a pinch hit in the ninth to break up a no-hitter.  It also turned out to be his last hit in baseball but they named the game after him.

Have a great Friday and proclaim your rarity.