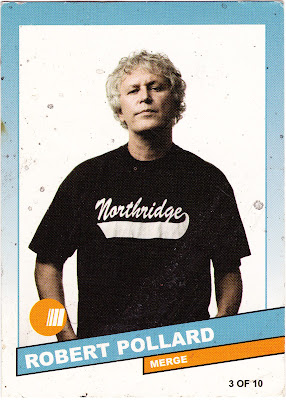 Who is Robert Pollard?


- Is he the guy who beat up the 1st base umpire in Kansas City with his son?  No.

- Is he one of those baseball math weasels who invented some jackass equation to mathematically prove that A.J. Pierzynski is a better catcher than Johnny Bench?  No.

- Is he my old English teacher?  Maybe.


Robert Pollard is a songwriter and the man behind the band Guided By Voices.
Here's what I know about the card.  It's 3 of 10.  And here's the back of the card. 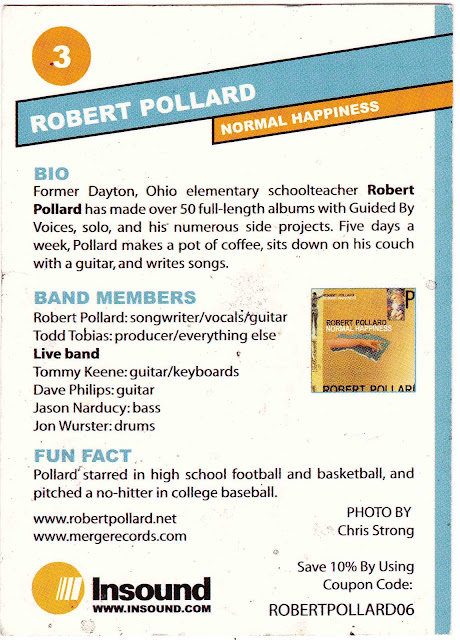 As you can see from the back of the card, he could have been your former teacher.

If you don't know Guided by Voices, they are worth checking out.  They have a greatest hits called Human Amusements at Hourly Rates.

If you want songs, check out Motor Away, A Salty Salute, Tractor Rape Chain, and Game of Pricks.

Mr. Pollard played at Wright State University and pitched a no-hitter.  So I declare this weekend Robert Pollard weekend!!!  Have a good one.