We did it.  We made it through another 162 games.  It was fun.  We saw 7 no-hitters, got to meet Mike Trout and Bryce Harper, cheered Chipper Jones on his victory lap, watched a couple guys get busted for taking drugs, witnessed the Pirates meltdown and it ain't over yet. 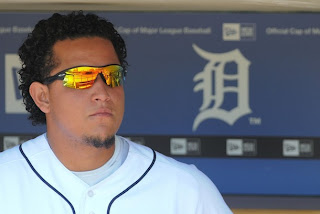 My main man Miguel Cabrera is leading in HR, AVG, and RBI and like Ted Williams when he was hitting over .400, Mr. Cabrera ain't taking the last day off.  The first time since 1967 someone has a shot to win the triple crown.  Pretty amazing.  He leads by one home run over Josh Hamilton, but with the Rangers playing for the division title, Mr. Hamilton could take over in the home run category. 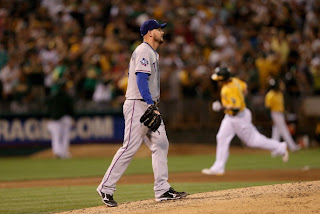 These two teams are tied and this final game decides who wins the division and who is the wild card team.  It's for all the marbles.  Can't wait to watch it.

Yankees have a 1 game lead, but if they lose and the Orioles win today, we're going to have a one game playoff.

Two teams with 100 loses meet for the first time since 1962 and it's also the Astros last game as a National League team before they're date raped into moving to the A.L. West.


This has been a good season and it's coming down to the last game.  I love it.