what is the MVP award? 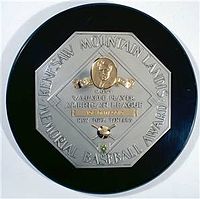 The Most Valuable Player:  Mike Trout or Miguel Cabrera?

Does your team have to get to the playoffs to win the Most Valuable Player?

Not necessarily, but you better have a record setting season.

The Tigers are going to the post season and if Miguel Cabrera wins the triple crown, I think he will win the MVP.

But what about Mike Trout?  His team isn't going to the post season but the kid has had an amazing season.  Both with his bat, his glove as well as stealing 40 bases.  Record setting?  No, but still amazing.

Which brings me to my MVP candidate:  The guy who helped his team all season to reach the playoff and the winner is... The Captain. 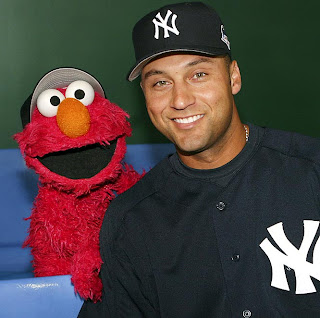 Derek Jeter.  He held the Yankees together through all of this year's injuries and leads the AL in base hits.  I don't care if he hangs out with puppets, this is the AL's MVP.  No doubt in my mind.  I also know the sports writers are going to screw it up like always.