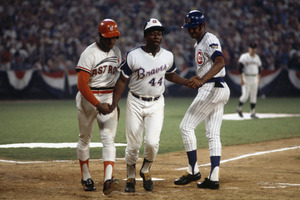 The National League shut out the American League 8 - 0.  So much for a pitchers duel.

MVP:  Melky Cabrera.  He used to play for the Royal, so the Kansas City crowd loved to see Mr. Cabrera win the award.

BEST PITCH OF THE GAME: Justin Verlander striking out Joey Votto on a curve ball in the first inning.  Mr. Votto started walking back to the dugout before the umpire even called it a strike.

ERROR OF THE GAME:  Manager Tony La Russa being a Dickey and not starting R. A. Dickey.  But in Mr. La Russa defense, he didn't get a DUI after the game like he did in Spring Training of '07.

PLAY OF THE GAME: Bryce Harper losing the ball in the lights.  This will be the most frequently shown clip from the 2012 All-Star game because the media seems to focus on the negative.  They won’t show him tagging up from 1st on a long fly ball to left, which was heads up baseball, they’ll show him making a mistake.  But I’m sure Bryce Harper knows that haters comes with being in the spotlight.

SHORTEST GUY IN THE N.L. DUGOUT:  Fox Reporter Ken Rosenthal.  I want to say it was Jose Altuve but at 5’5 he towers over Mr. Rosenthal. 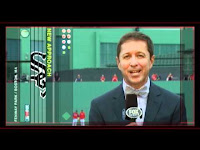 WHO’S THAT?  Saw some people I didn’t know about.  Jim Johnson from the Baltimore Orioles.  I’m gonna keep my eye on that guy, I liked what I saw.
Also was that a Marilyn Monroe look-a-like behind the plate?  I hope some rich fat cat hired an escort and made her dress like that, but there’s probably a more boring explanation.

COOLEST PLAYER:  Come on, it’s Derek Jeter.  Wherever he is, he’s the coolest person there.

BEST BASE HIT:  Chipper Jones getting it done in his last All-Star appearance.

BEST GROUND OUT: Jose Altuve in the 8th inning.   I knew an Astros would win an award. 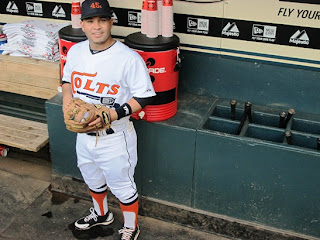 Kind of a boring game, but still cool to see all those players on one field.  Can't wait till next years All-Star game to see who gets snubbed.