The Astros are Rebuilding

The Astros are Rebuilding


I understand rebuilding takes time, so I lowered expectations when construction started over 2 years ago when we gave away Roy Oswalt and Lance Berkman.  Here's the thing, I don't see a lot of working going on.

I feel like I hired a contractor in 2010, he tore up my floor and I haven't seen him since.  Can't get him on the phone, he won't return my calls and I'm stuck with a hot mess.  All his out going messages says is "Root root root".  Didn't like it the first time I heard, and it gets more annoying with each listen.  I think it's a subliminal message to sell more beer. 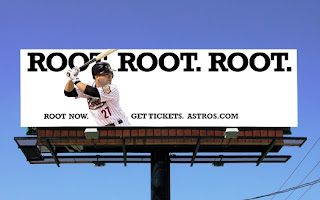 I am happy for all the x-Astros like Wandy Rodriquez, Hunter Pence, Carlos Lee, Michael Bourn who at least have a shot at the playoffs.

Good luck to x-Phillies Brett Myers and J.A.Happ.   No ill will towards those gentlemen, but it's good to get the last of the Ed Wade stink off of us.

Now let's deal with the present... 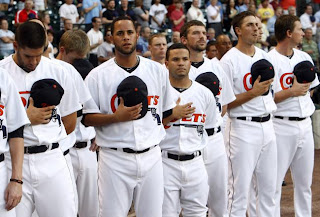 Attention Anyone Still in the Astros Dugout:

Lunch break is over.  Get your head in the game.  Don't be happy just to have a gig, actually go out there and win some games.

Out of 51 road games they have 10 wins.  What?  What are you guys doing on the road?  When I  went on the road in my 20's, I drank and partied, but I was doing stand-up so it helped.  If your job involves physical activity I don't think it helps to booze it up.  Okay it might help strippers, but not ball players.

The only guy I see doing anything is Jose Altuve.  Smallest guy here and he works harder than anybody else.  This guy represents what this team could be.  Someone who does more than is expected of them.   And I'm not expecting much.  Just don't lose 100 games.

Again, I know we are rebuilding, but come on.

The Brad Mills experience.  I'm not around the clubhouse, much less the city of Houston, but from where I sit I don't see it working.