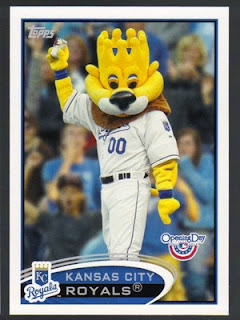 All eyes were on Kansas City for this week's All-Star game, so today I feature Slugger.   Readers of this blog have it seared in their brains that I Love Mascots.  And I hate to say it, but this is a crappy card of Slugger.  If someone showed you this picture and asked you what animals is this?   I don't think people would immediately say "LION!"  In this photo he looks like a sea monkey.

Trust me.  No one wants to look like a sea monkey.  It brings up bad feelings from childhood.  I'm still mad about getting ripped off as a kid.  The Sea Monkey didn't look like tiny fish people having a camp out, it was just some nondescript type of fungi swimming around. 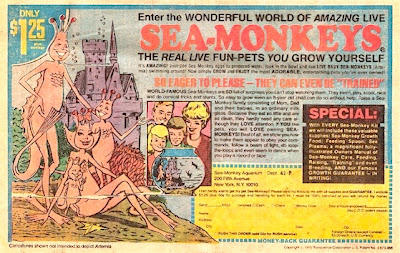 I've been to Kansas City and saw Slugger in person.  He's much cooler than his baseball card. 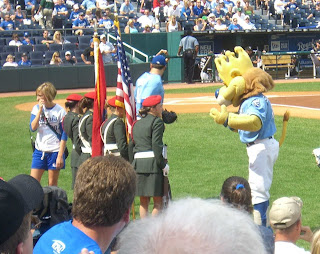 Here he is hitting on a girl with a gun.   He's got a funny tail in back.   This guy has game.  Again, not the best angle on his head but I wasn't hired to take a picture of him for his baseball card. 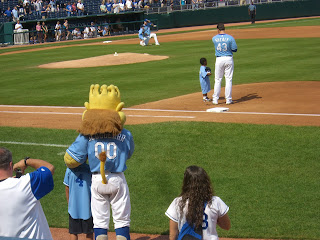 Look at him.  Slugger is patriotic and a friend to the kids.

Sadly, the more I stare at these pictures the more I notice that's a cheap looking head.  It's not as noticeable in person.  Maybe I was distracted by his tail "boner".  You know that guy has worn the tail in the front of his pants...  and I'll bet you three grand and my left nut that it got a huge laugh.

Anyway.  Slugger's card is from 2012 Topps Opening Day Series and I think they could have done better for the king of the jungle.

I'm telling you, Slugger looks much cooler in person.  I wasn't the only one there.  Super Fan Pat Shannon was there and he thought Slugger was pretty funny. 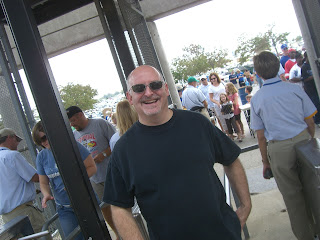 Here's Pat becoming the 2nd Shannon ever at Kauffman Stadium in Kansas City.