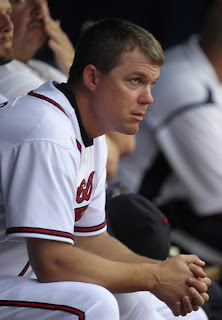 In this corner we have the old man    CHIPPER JONES


VS
in the other corner, the new kid in town 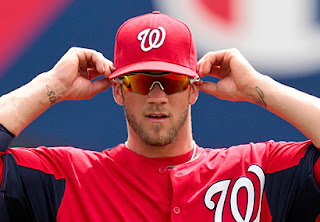 The scrappy kid vs the crusty veteran

If this is any thing but a publicity grab I'll eat my hat.  This is a brilliant way to get some attention for  the game and I predict a last minute injury scratch and both of these gentlemen will be invited to the All-Star game.

But then again, Baseball has made dumb decisions before.

Nope.  Not falling for it.  There's more money in it if they both get to go.  Baseball always goes with the money.  This is all in an effort to get buzz.  Little bit of controversy to get people talking about the game.    Should the fans reward the exciting young upstart and tell the veteran his time has passed or should we honor a man's service to the game, the kid will have his time soon enough.  It makes good copy.   I almost bought into it.  You guys did a great job promoting the MLB All-Star game next Tuesday July 10th.

But okay, let's say, and I know it's not going to happen, but in the rare case one of these player gets left out in the cold, I applaud baseball's stupidity in shooting itself in it's own foot.  Which brings up questions.


Oh wait a minute...  I can't believe I got caught up in the hype.  Both Chipper Jones and Bryce Harper will be in Kansas City.  This is the only sport where people still watch the All-Star game.  There's no way Bud Selig would make a bonehead decision that would hurt the All-Star game. 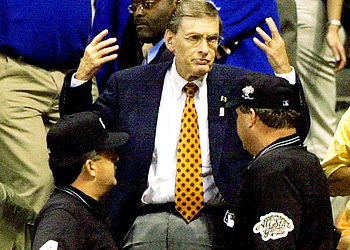