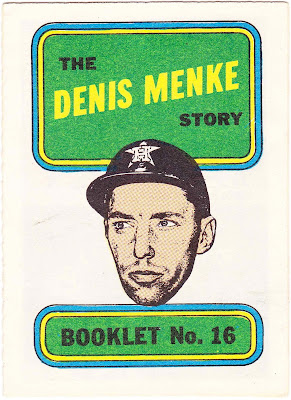 The Denis Menke Story;  Booklet No. 16


The following 6 page story is a riveting tale of the true life adventures of Denis Menke.  I never knew my Astro Buddy and I had so much in common. 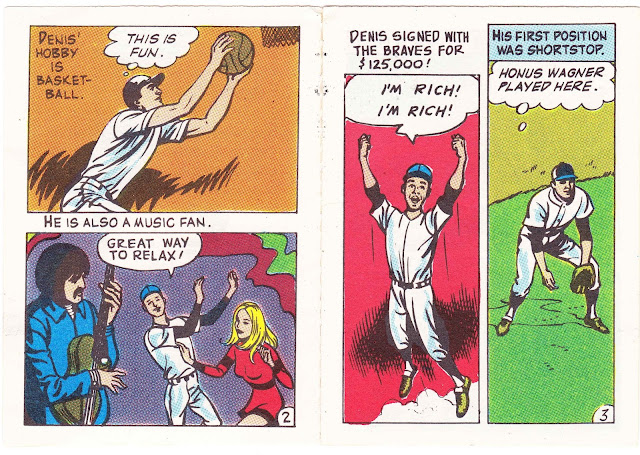 That's so crazy.  When I play basketball I always think to myself, "This is fun."  Denis Menke is a music fan and I'm a music fan too. 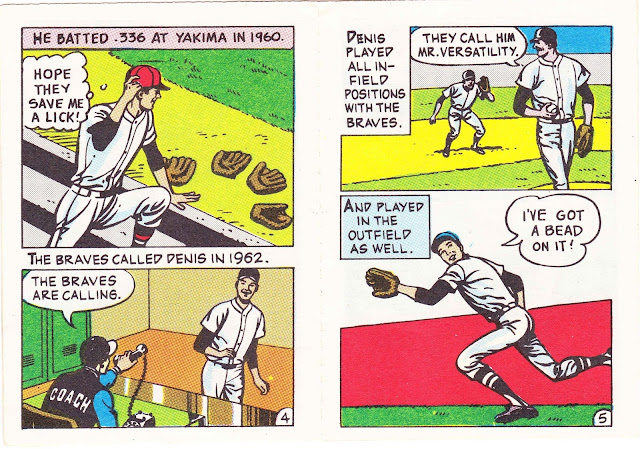 I have no idea what "Hope they save me a lick" means or why the gloves are laid out like that and in the picture Denis is scratching his head so he doesn't have any idea what this means either.  We're like twins. 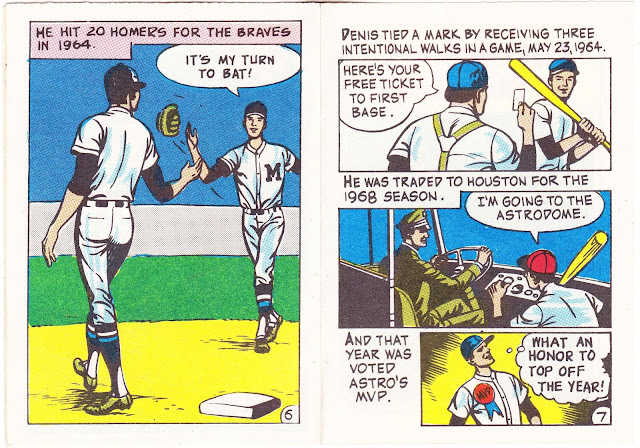 I can not believe how much we are alike.  He once had to ride a bus to Houston, I did too.  He was smart to bring his bat because when I rode the bus, this smelly guy took pickles off his burger and threw them at me.  If I would have had a baseball bat like my Astro Buddy, I would have beat that dirty hippy's brains in. 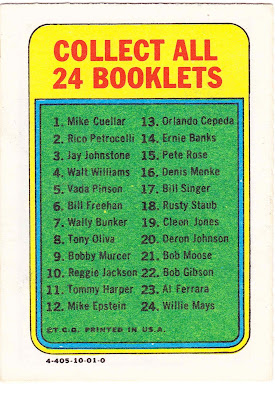 Here's the back cover with a list of the other booklets.  I think I had the Bill Freehan and Reggie Jackson booklets as a kid too.   I remember being thrilled by these as a kid.  I still think it's super cool.

The story is perfect for a kid,  "I'm rich!  I'm rich!" is funny.  The art is kick ass and has humor to it.  That he's at a club in his baseball uniform, the free pass to first, very clever.  Best of all, it's about my main man Denis Menke.

Have a good weekend.
Posted by T. Sean Shannon at 9:34 AM