Trade Deadline: Who Ended Up Where?

Texas gets Ryan Dempster from the Chicago Cubs

The Rangers add an arm to their starting rotation which means Roy Oswalt is getting sent to the bullpen, which is a bummer for me because I love Country Roy.  Mr. Oswalt's a great pitcher and can get you out of there in under 2 hours.

Another arm for the Red's bullpen.

The Reds already have a closer who throws in triple digits, now they have a guy in the 8th who can throw in the high 90's.  Reds have one of the best bullpen in baseball and it just became a bigger nightmare for opponents.


THE PHILLIES ARE HAVING A SALE - EVERYTHING MUST GO 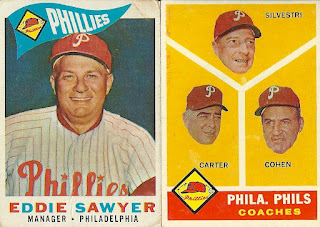 The Phillies are slashing prizes and dismantling the team.  Didn't know it was that bad in Philadelphia.   But Phillie fans are a very understanding bunch so I'm sure everyone in the city of Brotherly Love is okay with it.  First they sent Hunter Pence to San Francisco.  Great pick up for the Giants and Mr. Pence should fit in perfect there. 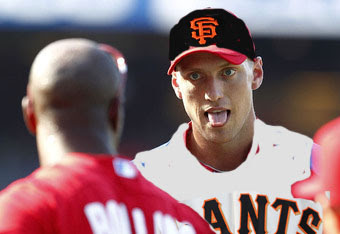 But the Phillies wanted to keep things even in the National League West so they sent Shane Victorino to the Los Angeles Dodgers. 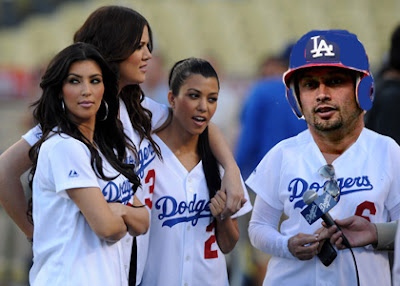 Shane Victorino will be a nice addition to the Dodger outfield of Matt Kemp and Andre Either.  He also seems like a hip guy who will fit in with the L.A. scene.  And lastly, Philadelphia in an effort to save money they traded the Phillie Phanatic to the Texas Rangers 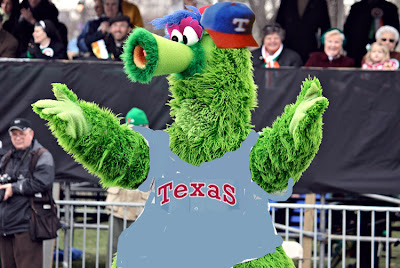 Luckily, the Phanatic is a veteran and was able to nix the trade.

The big trades are over and we'll see who it helps.  A little surprised the Washington National didn't make a move but maybe they don't need it.

Have a great Wednesday.